Could Atkins Trade Josh Donaldson To The Atlanta Braves For All Of Their Prospects?

So ever since the percipient Dave Cameron thought up an interesting trade scenario over at FANGRAPHS involving the Blue Jays and the Cards, Bird fans have been humming and ‘cawing’ over this idea: From Toronto’s perspective, trading Donaldson for Gyorko and Carpenter would give them a projected starting infield of Gyorko, Tulowitzki, Carpenter, and Justin, with Travis around to play second against some tough lefties until he proves durable enough for an expanded role. And, pe

Dear Shohei, It’s your future skip writing to tell ya that if ya choose to play in Toronto, you will be happier than a boardinghouse pup. This city is as fine as cream gravy and as long as I got a biscuit, I promise ya, Shohei, ya got half. Here’s the thing, ol’ Gibbers understands that lately things in your world have probably been noisier than a restless mule in a tin barn. And I’d bet all the bacon in the world, that you’re feeling like that restless mule ready to make the

The off-season has arrived and, of course, many baseball thinkers out there have their ideas about what the Blue Jays should do moving forward. It’s not unrealistic for the Blue Jays to bounce back from their disappointing 2017, however, there are areas of concerns and holes in the lineup that need to be addressed if this club is going to be able to hang with the elite of the American League. Recent comments by Ross Atkins certainly reinforced the idea that they’re likely goi

Life, Learning, and Baseball: An Interview With Mark Shapiro

In society, so many of us have our set of responsibilities, as we contribute our time to making ends meet. But making ends meet isn’t always why we wake up every morning, is it? For some of the lucky ones out there, they get to wake up every day and do what they love to do. And sometimes for others, they feel stuck in a dead end job that leads to nowhere, hoping that change is around the corner. Either way, each one of us helps to gently spin this ol’ earth around in whatever

So I was in Chicago earlier in the week for a professional development conference, and I decided to reach out to Bill Swerski from the famous Super Fans sketch that you might have probably watched back in the early nineties on SNL. And if you’re too young to know this famous character, who is an actual person in real life, you may have seen some old clips on YOUTUBE. My uncle Bob used to work on the set of SNL during the eighties and early nineties, so I’ve had the privilege

I’m Not Sure About You, But I Miss Baseball (Serenity Now)

This is the time of the year when you can catch up on some good ol’ fashion reading folks. I say pick up a novel, read some good line-by-line thought that isn’t boring – or doesn't come across as pretentious. And enjoy. I know it’s hard not to wonder about what the Blue Jays are going to do this offseason, but my best advice for you is to just periodically check to see if the club has made any real moves. Because the truth is at this point it’s all going to be bullshit until 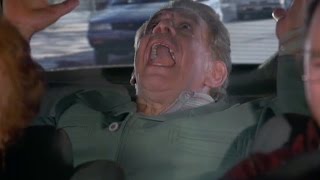 So Marcus Stroman Is A Blue Jays Feel Good Story

When I was younger, my dream was to be an NHL goaltender. I used to imagine what it would be like to stand in the crease at the Gardens, wearing the Leaf jersey, and looking up at the crowd. During my ‘Al Bundy Polk High’ days, I was always told I was too small to make it to the NHL. And when I was a young boy and early teen, those words uttered out of the mouths of the people whose opinion I valued so much was absolutely crushing. Looking back on the good ol’ hockey days I h

(Sometimes it’s difficult to collect thoughts and pass them on. It’s just that sometimes the words that float about in them don’t seem to be saying the right thing – or anything at all. Sometimes the tragedy that happens just leaves us all feeling lost in some kind of feeling that no words really can do anything for. They just seem like words. Just words. And sometimes we can be at a loss for them. Sometimes just being at a loss is what’s right in that moment.) I think for ma 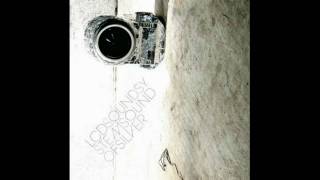 The Offseason To Build Around The Core

In a recent piece by beat birdman Shi Davidi, he examines the significant challenge ahead for the Blue Jays FO as Atkins and company prepare their club’s plan to fix the Bird mobile and modify the roster for 2018. And in this great article Atkins says that the team has, “a significant challenge ahead of us to ensure we put a contending team on the field next year.” And I couldn’t agree more with the GM, and I am thrilled to know that efforts are going to be made to improve t

even a samurai has to fight for the win

It was too easy for Nate

Kicking it down the road

The Mailbag: Pillar's Cape, Archer To The Dumb Yankees, Thank You Melky, And More!